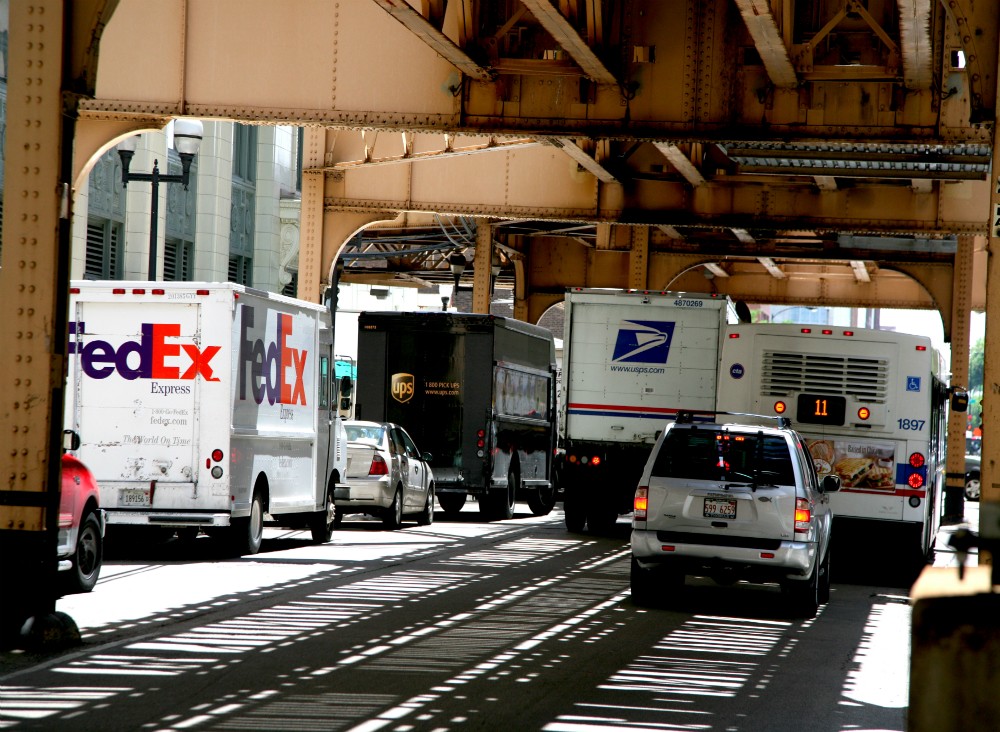 Following on from this post about blockchain, we’re taking a brief look at how two of our biggest carriers, Fedex and DHL are limbering up to the emerging new technology that has everyone so excited.

The first thing to make note of is the existence of Blockchain in Transport Alliance (BiTA), of which Fedex is a founding member and to which many other major carriers have signed up including DHL, and UPS. The purpose of BiTA, to quote from their website, is to:

Now, how have DHL and Fedex incorporated blockchain tech? In brief:

DHL recently announced that it had created a blockchain-based prototype in partnership with Accenture to track pharmaceuticals across a supply chain.

“The ledger tracking these medicines may be shared with stakeholders, including manufacturers, warehouses, distributors, pharmacies, hospitals, and doctors. Lab-simulations show how blockchain could handle more than seven billion unique serial numbers and 1,500 transactions per second.”

Given that 1 million lives are lost each year as a result of counterfeit medications, the positive impact this massively increased level of traceability can have due to the transparent and tamper-proof nature of the blockchain can’t be underestimated.

Fedex is working with BiTA to create uniform logistics standards for blockchain applications across the industry and has already set in motion blockchain pilots dealing specifically with dispute resolution. Vice-president of strategic planning and analysis Dale Chrystie said: “We have millions of records a day in our system, and we think of blockchain as a secure chain of custody that could transform the logistics industry. We believe it holds a lot of promise in that space and would streamline all that data exchange in a very secure way.”

From these examples amongst our carriers, it’s clear the blockchain wheel is in motion and so far, with positive outcomes predicted right across the supply chain.

SmartConsign is the first true cloud SaaS parcel delivery solution used by over 300 companies throughout the UK – offering access to 25+ top carriers including Fedex and DHL. Carriers do not pay a fee to be integrated onto the system, providing users with unbiased access to performance data that users can compare and contrast at any time. To learn more get in touch email sales@cloudstuff.co.uk